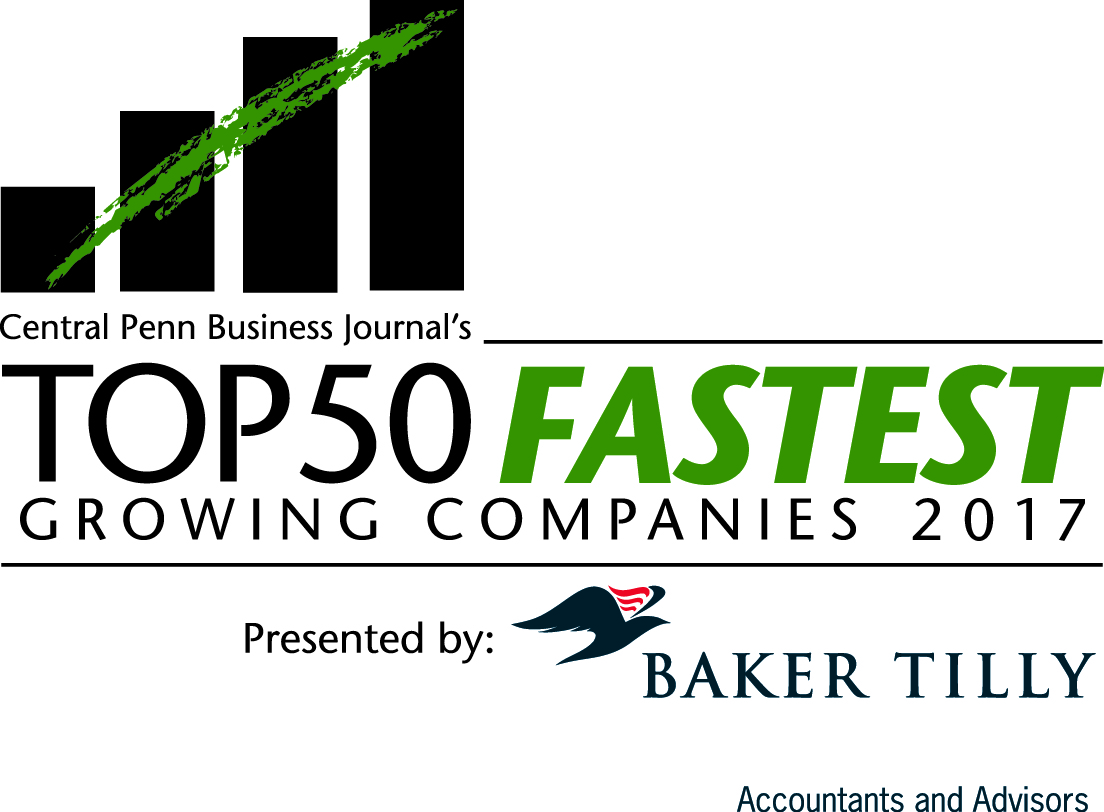 Harrisburg, PA (September 27, 2017) – On Monday morning, September 25, 2017, 50 central Pennsylvania-based companies were recognized for achieving significant growth in revenue over the past three years. In front of a capacity crowd, they learned where they were ranked in the Central Penn Business Journal’s 21st annual Top 50 Fastest Growing Companies awards program.

HB McClure is proud to announce its rank as Number 7 on the list.

Baker Tilly, the award program’s presenting sponsor, calculated the nominations and then ranked the companies according to revenue growth over the three-year period of 2014-2016. Both dollar and percentage increases were taken into consideration, which led to the list of the 2017 Top 50 Fastest Growing Companies, consisting of both large and small companies.

The ranked list of honorees and profiles of each company and their financial growth will be featured in a special publication inserted into the September 29 issue of the Central Penn Business Journal.

The Top 50 Fastest Growing Companies is a program of the Central Penn Business Journal and is presented by Baker Tilly. Other sponsors include Comcast Business, Highmark Blue Shield, McNees Wallace & Nurick, LLC, S&T Bank and Polaris Advisors. Visit www.CPBJ.com/events for more information about the awards and winners.