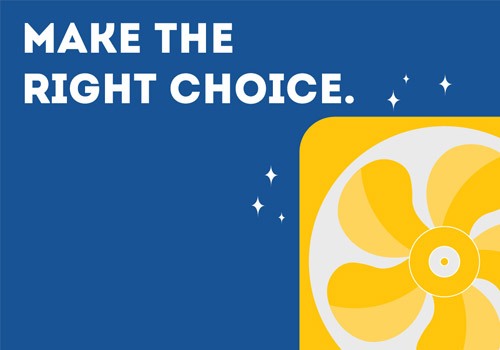 When you’re preparing to install a new forced-air HVAC system, one of the features for your consideration is the type of fan motor. The fan motor, also called the blower, refers to the component that generates airflow, and the most common options are single-speed, two-speed, and variable-speed. The most efficient of these is the variable-speed, but it’s also the most expensive. So, what exactly are the benefits of the variable-speed system and is it worth the investment?

The variable-speed system is the most efficient because the blower operates continuously, adjusting its speed to control air circulation and maintain the set temperature, even when heat or cool air aren’t being produced. The blower speed is based on temperature and humidity data, and the experience for the homeowner is a more consistent, even temperature and better humidity control throughout the home.

The efficiency of a variable-speed system is counterintuitive. Because the blower runs continuously, homeowners tend to think it will cost more to operate, but actually the opposite is true. Unlike a single-speed system, the blower does not run at full speed, so overall it uses less electricity. Also, because it maintains a more consistent temperature, it uses less fuel.

In addition to electricity and fuel efficiencies, the variable-speed system gradually adjusts its blower speed, so there is less wear and tear on its mechanical components that would otherwise be caused by repeated on-off cycles. This slower ramp up also provides quieter operation because the system isn’t immediately kicking into full speed when a heating or cooling cycle starts.  Over time, this also means less maintenance and lower risk of parts failure.

Choosing the type of blower on your HVAC system is just one of many decisions you’ll need to make when you’re considering all of your options. For best results, consult an HB McClure HVAC expert to help you decide which type of system is best for your needs and your budget. For more information, call 717-232-HEAT (4328) or request an appointment online.