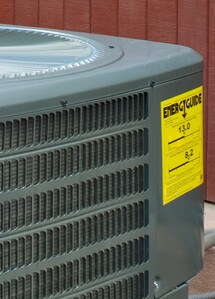 The Seasonal Energy Efficiency Ratio, or SEER rating, is equal to the cooling output that an AC unit has over a season divided by the energy it needs to do so. The higher a SEER rating, the more efficient an air conditioner is.

Is there an Advantage to AC Units with High SEER Ratings?

Units with high SEER ratings use less energy, which puts less of a strain on the hardware. High SEER units, therefore, last longer. They also generally cost a homeowner less money from month to month. Power and heating bills become larger the more energy that an AC uses to create the environment that the homeowner wants. Because high SEER AC units use less energy, the power bills are lower.

What is a good SEER rating?

The modern AC unit will have a minimum SEER value of 13. Technology provides the ceiling for SEER ratings, which is currently around 25. Some states require a certain minimum before a company can sell air conditioners within their borders. For instance, California has a minimum rating of 14.

Because of these relatively new lower limits, many people consider a SEER 14 or 15 rating to be highly inefficient. This is not necessarily true. Older units routinely came with a SEER rating of 8 or 9. If you purchase any brand of modern AC for your Harrisburg home, you are getting a better value automatically.

Is a SEER Rating the Whole Story?

A SEER rating is more of an average than a record of performance. Think of the SEER rating as miles per gallon rating for a car. Although the car manual may read 25 MPG/highway, you may get better or worse performance depending on many other factors. The SEER rating actually represents the absolute maximum that a certain AC unit can give you. No AC unit runs at its maximum SEER rating all of the time.

Using SEER Rating to Your Advantage

Get in touch with one of our dedicated experts at HB McClure. Not only will you get a selection of the best AC units with advice for your type of home, but you can also take advantage of some of the best prices on the market for top brands.  Call us at 717-232-4328.