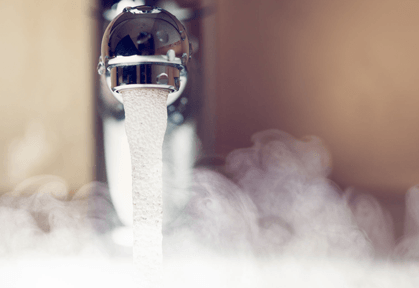 Plumbing bills might be costly and, in some cases, unavoidable. Even the most well-maintained plumbing system could run into problems. In time, fixtures and other parts in the plumbing system wear down, making it necessary to call a plumber. However, what you need to avoid is trying to fix your plumbing issues yourself because you could cause damage to pipes, drains, faucets, and other things. While well-intentioned, you could make a deliberate mistake that harms the plumbing. Or, you might be guilty of neglect.

Ultimately, you should follow a few tips to avoid damaging your plumbing system. Here’s a rundown of some important points.

Don’t Try to Fix Things Yourself

The decision to perform a “little fix” and save money comes easy to arrive at these days. Online streaming services provide access to detailed how-to videos that shows all the steps. A visit to a local home improvement retailer might lead to purchasing all the necessary parts and supplies. What the would-be amateur plumber cannot easily procure is experience, though. Fumbling through a fix that relies on directing your attention back and forth from a “how-to” video to plumbing lines doesn’t sound like a good plan.

Limited or no experience with plumbing work could lead to botching the job and making everything worse. Imagine breaking a pressurized line. The amount of water that floods a bathroom or kitchen could cause significant damage, even if you reach the shutoff valve fairly quickly.

If a failed plumbing fix leads to only losing time and money, you should consider yourself lucky. Not knowing how to use specific tools or making mistakes while performing a fix may lead to injury. In some cases, the injury might be severe.

Plumbers spend many years learning how to perform their job. Leaving repair work to them could be the safer and less expensive solution.

Harrisburg residents should call HB Home Service Team for their plumbing needs. We handle water softening, water heaters, and routine maintenance and repair. We also have offices in the Baltimore area.

Using the Toilet as a Disposal Unit

Some may think a toilet serves as an all-purpose disposal unit. It is not. If anyone gets into the habit of flushing refuse and inappropriate items, such as food wrappers, rubber cleaning gloves, or other items that should go in the trash, it won’t be long before there’s a clog. Clogs could lead to an overflowing toilet, which might cause additional damage.

Pouring chemical drain cleaners down a gurgling or slow-flushing toilet is a bad idea, as well. Drainer cleaners are not designed to dissolve toilet clogs. There are specific products that may work when flushed since they contain ingredients that are made for toilets. Drain cleaners also come with hazards even when used as intended.

Clogs in the sink create annoyances, so wanting to deal with the problem as quickly and inexpensively as possible seems understandable. Pouring chemical drain cleaners down the sink might make things worse, especially if you continue to pour the cleaner down the drain frequently. The chemicals could end up damaging the pipes. The damaged pipes may spring leaks, creating a worse problem.

Sometimes, the clog proves so severe or is so far down the drain that chemical fluid isn’t appropriate. A person who doesn’t realize special tools may be necessary to break up the clog, may pour more chemicals down the drain. The excessive fluid could lead to toxic fumes building up, leading to a dangerous health hazard for people in the home.

Being Too Harsh With the Garbage Disposal

Consider problems with the garbage disposal like the one previously mentioned about toilets. However, with garbage disposals, the problem would likely be more common, as you might not understand the limitations of a garbage disposal unit. While the disposal’s blades can cut many small kitchen refuse items apart, there are some things they can’t efficiently chop. Certain items put down the garbage disposal could damage the blades, ruin the motor, or cause other issues such as clogged pipes.

Not Winterizing the Plumbing System

Winter places many responsibilities on homeowners. You need to make sure the furnace runs in good shape while also addressing drafts. Overlooking wintertime plumbing system care may prove to be a costly oversight. Pipes might burst under certain freezing conditions. If the furnace dies and the temperature drops below freezing, the water inside the pipes may turn to ice and expand. The expansion could lead to the pipes bursting and eventually releasing massive amounts of pressurized water into the home.

Wrapping special insulation blankets around the pipes might reduce the chances of a catastrophe. And has anyone recently checked to make sure the interior and curbside shutoff valves work? An interior valve could suffer from corrosion, and many things might render an outside shutoff valve inoperable. If both valves become useless and there’s a busted pipe inside the home, the situation would prove more than disastrous.

For those who won’t be physically occupying a house during cold weather, it may be best to have the water shut off and the pipes drained. Doing so should drastically reduce the chances of the pipes bursting. If some water remains in the lines and they burst, at least no water will run through them since the valves are closed.

When there’s a leak or another problem present, contacting a plumber to get things fixed right might prevent things from getting worse. For example, a leaky drain in the sink might send water down the drain’s side until it reaches a valve. Water touching the valve could make it rusty, requiring a replacement for a new valve.

Leaks could create other costly problems, such as sagging ceilings that break apart, mold growth, rotted wood, sunken floorboards, and more. While the dripping sound inside the walls might not seem like a huge problem, it may be a significant one. You won’t likely know the extent of the issue until a plumber takes a look.

Leaks represent one example of a plumbing repair that benefits from an immediate fix. Other issues may hint at a problem slowly developing. Corroded pipes might not leak right now, but the odds increase significantly that they will. Rusty pipes become brittle and become prone to leaks.

A common thread among many plumbing problems is there could be additional damage, including ruined ceilings, walls, carpets, and more. Delaying a plumbing fix might lead to more damage elsewhere in the home and more expensive and extensive fixes.

The HB Home Service Team is proudly “employee-owned.” Besides plumbing work, our team performs heating and cooling services, along with oil and propane requests. Call us today for more information.