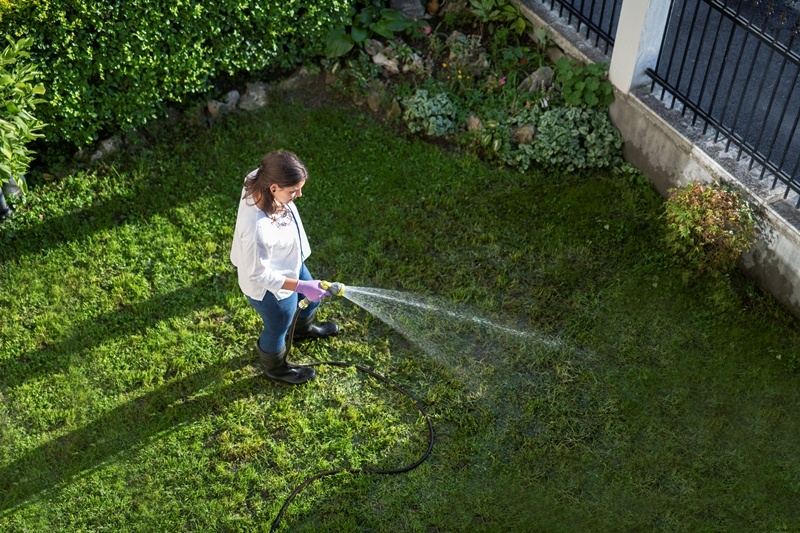 Plumbing problems can happen at any time throughout the year. That said, homeowners should be on the lookout for specific problems that pop up during particular seasons. The winter likely draws the most significant concerns. Once the temperature drops below freezing, the possibility exists that the pipes may burst.

Summertime, however, doesn’t lead as many people to worry about their plumbing. As with many other things, once you drop your guard, problems catch you off guard. The plumbing system is always at risk for things going wrong, but the summer may bring a few unexpected issues capable of causing havoc.

The Shower and the Fixtures

When running around in hot summer weather, you may find yourself taking more frequent showers. Even though the summer temperatures might be up in the high 80’s or 90’s, few people enjoy taking a frigid shower with cold water. Turning up the hot water to the shower means steam. If you don’t open the windows a little bit to let the steam out, the steam collects inside the bathroom. The accompanying moisture can rust fixtures. Once the fixtures rust, they may require replacing. Anything made of metal can rust. This basic scientific point about corrosion extends to valves. And rusted valves could leak.

Moisture and steam inside the bathroom may cause the walls’ paint to peel and create other troubles. While the preventive steps for this problem aren’t too difficult, people forget. Allow the example of a hot shower to reveal the potential troubles to be on the lookout for.

Issues With the Garbage Disposal

The disposal system in the kitchen sink can durably tear up and eliminate a great deal of organic matter. Garbage disposals have their limitations, however, and a lot of refuse needs to go into the trashcan. You want a great deal of discarded items to go to the city dump, as they are not meant for the drain. Remember, garbage disposals could suffer maintenance issues when overloaded. As with other things, though, the summer may lead to dropping the plumbing-care guard.

The summer can mean pool parties, cookouts, and get-togethers inside the house. Additional cooking in the kitchen means a lot of extra refuse requiring disposal. The amount might not be anywhere near what you would normally produce in the spring or fall. During those two seasons, getting rid of everything down the garbage disposal is a standard operating procedure. Following those same steps during the summer could create disastrous problems.

Even the most powerful garbage disposal has its limitations. Don’t push the system beyond its capabilities.

Clogged toilets remain a risk no matter what season it is. However, this summer comes with the previously mentioned problem of a lot of people visiting friends, relatives, and others’ homes. When the bathroom becomes highly trafficked, the chance for clogs increases. Single-family homes were not intended for house parties, but you could fit dozens of people into one. When there are only one or two bathrooms available to everyone, summertime troubles arise.

And toilets are not intended as garbage disposals, although they become ones by default at times. if a partygoer decides to get rid of a plate of leftover food by flushing it down the toilet, consequences may follow. The toilet and sewer line suffer the consequences, and the homeowner has to deal with the problem.

Someone or even several people may flush hand towels down the toilet. Bathroom tissue is fine, but thick paper towels can clog the toilet. It doesn’t take much to do so since thick paper towels are not meant to be disposed of this way. Yet, many do make this standard error. Such things happen when guests don’t think things through.

Clogged toilets create overflows, sanitation hazards, and other issues. Preventive steps don’t always work, and clogged toilets can become unavoidable. Thankfully, there are plumbers able to deal with these troubles.

Are you worried about the condition of the plumbing in your home? Call HB Home Service Team for plumbing assistance. Draining cleaning, repairs, and sewer line work are among the services available.

Backups With the Sewer Line

Summer weather may bring in the storm clouds that, in turn, pour an enormous amount of rainfall. All that rain finds its way into the sewer system and fills things up. The extra water could then cause drains and lines to back up.

Controlling nature is impossible, but you can control common mistakes people make that undermine the sewer system. We can circle back to concerns about those summer cookouts and big parties. A lot of greases and ends up in pots and pans when cooking french fries and other fried snack selection. Pouring grease down the drain might, over time, create hardened clogs that lead to backups.

Eliminating grease also may cause issues with clogged toilets and sink drains. As always, dispose of these things the right way.

And keep an eye on the trees in your yard. The roots growing from the trees could damage sewer lines. Backups and more may result. Unfortunately, the roots cause problems underground, so some issues may never appear visible.

Running your sprinkler system during the summer may cause higher waters bills, but doing so might be unavoidable. Hot weather can dry up the grass without warning. Unfortunately, the sprinkler system might present some troubles that require a plumber’s assistance.

If the pressure in the sprinkler lines is low, figuring out the issue may rely on an expert’s inspection. Low water pressure doesn’t help the cause of keeping a lawn irrigated. So, having a plumber visit and check out the irrigation system might prove advisable.

Leaks in the sprinkler system not only undermine performance, but they also cause waste. Waste does drive up water bills, too.

Parts might suffer from wear and tear. Damaged sprinkler heads and pipes wouldn’t be good things. Getting these parts fixed or replaced should become a priority.

If you have free time during the summer, why not schedule an annual plumbing inspection. This way, a skilled plumber could look for potential problems and recommend fixes, if necessary.